The Misrepresentation of Crystals – Part 2

A person recently got in touch with us and asked if the Tibetan Quartz she had recently acquired from an Ebay merchant was legit – especially the color?
It turns out that no, it was not. It had clearly been dyed a somewhat unlikely green color! Further investigations revealed this Ebay seller had other “Natural” quartz clusters for sale – well the quartz clusters them selves are natural, but the colors? I promptly grabbed some photos, and have posted them with comments below.

OK, check out where I have placed the black circles – these are broken points, yet are covered in the green color! If these were truly natural you would see a ring of the inclusion that caused the color and then the crystals natural color, in this case I suspect it would be clear Milky Quartz – coincidentally the best color of quartz to take on a dye! These Crystals were reportedly from Tibet. 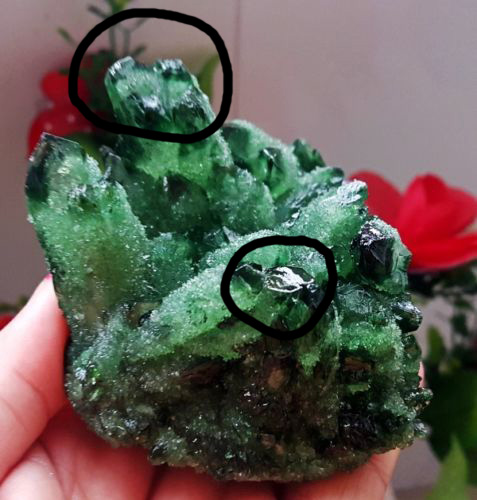 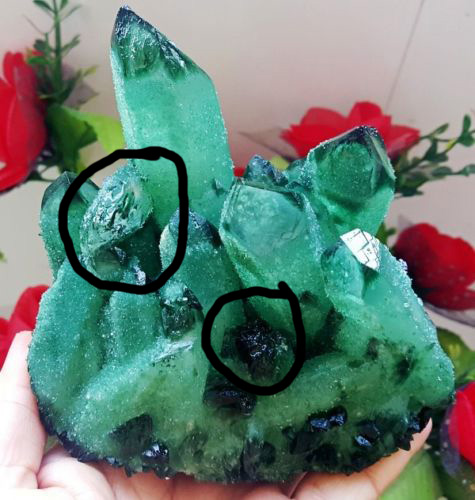 The shame of it is, they look like really nice clusters in their own right! The style is very similar to Spirit Quartz from Africa. Though the terminations are a little different. My guess is they are from a location in China. I personally would LOVE to see some in their natural color – they would be stunning! Here are two more example photos below. The second ones dye job looks like a real dogs breakfast – one the dog rejected!!! 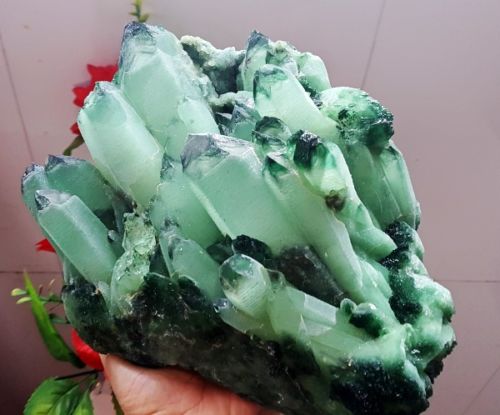 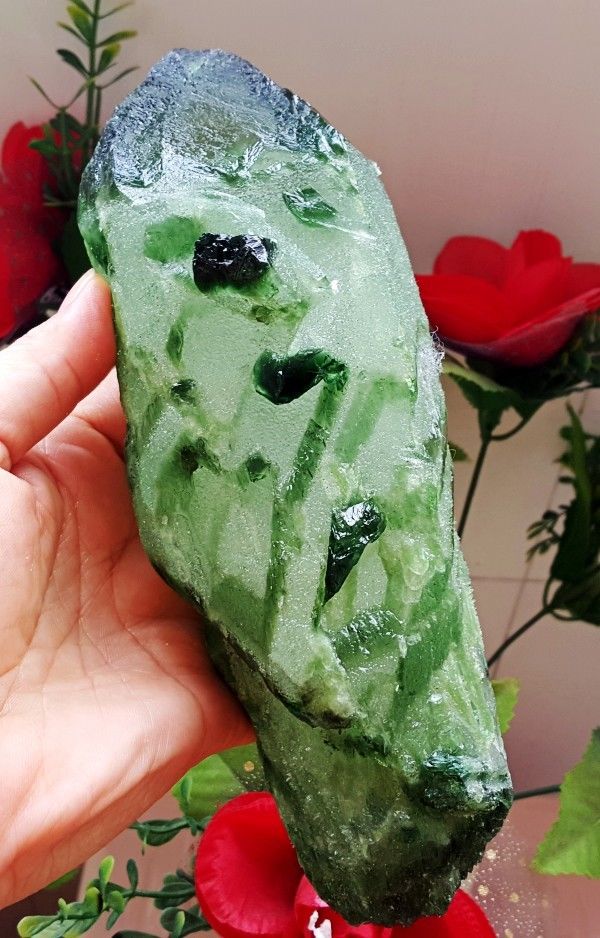 OK, the title of the auctions for the two crystals below said they were rare and yes, natural. Again, coincidentally – they look like the exact same family with different colored shades of dye! Again, my feelings are I would LOVE to see these clusters in unmolested form! That being the case, I would be proud to be able to offer the fully natural versions of these clusters on Majestic Quartz! 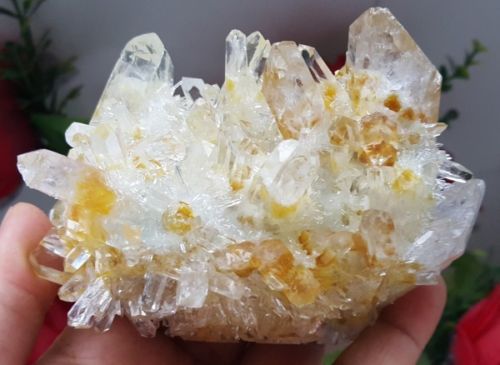 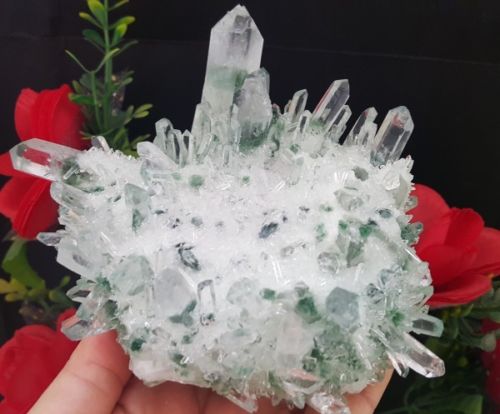 Here is a “Rare Yellow Quartz. They managed to resist calling it Citrine Quartz, but still try to make out that it is natural! This is the title of the auction below….. 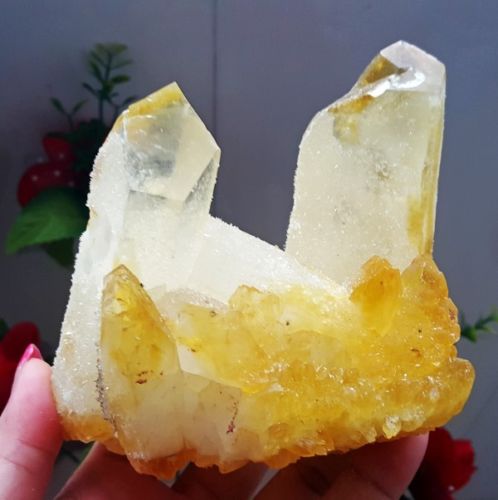 It looks like the same seller has been trying their hand in the kitchen as well! Reportedly a “Natural Smoky Quartz Crystal from Tibet”. This is almost certainly baked “irradiated” with the oven set to “extreme high”!!! The general rule of thumb for smoky is – if it is extremely black and totally opaque, there is a very high chance it has been “baked”. There are a few exceptions to that rule, but they are very few indeed. 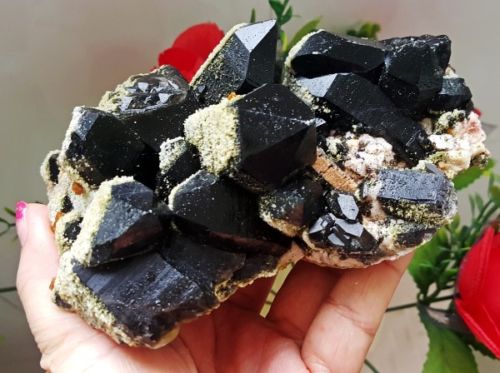 I will bring this blog post to a end now, however if you have any questions for us, or if you are suspicious something is fake, by all means send us a link or place a photo in the comments down below and we will do our best to give you a straight answer.